Red-hot striker Ndifreke Effiong became the first player in the current NPFL campaign to hit double figures as his Injury-time equalizer earned Akwa United a vital point in a 1-1 draw with Warri Wolves on Match-day 21 at the Godswill Akpabio international stadium in Uyo, Sunday.

After a goalless first half, Jumbo Wisdom gave Warri Wolves the lead when he calmly converted a spot kick after he was adjudged to have been brought down in the box but striker Ndifreke Effiong finished off a brilliant team move in Injury-time with his 10th goal of the season in what was a one-sided game for the Promise Keepers’ at the Nest of Champions.

Coach Boboye lined up the same team that defeated Rangers International in Enugu last time out. But despite dominating their opponents throughout the game and creating plethora of scoring chances, the Promise Keepers were unable to find a way past goalkeeper Ameh Godwin in Warri Wolves goal until Effiong popped up with his 10th of the season in stoppage-time.

The striker has formed a solid partnership with club’s legend Akarandut Orok and they have scored 16 of the Promise Keepers’ 21 goals so far this season.

Both teams played out a 1-1 draw in the reverse fixture in Warri on the opening Match-day of the season and the 1-1 draw in Uyo was Akwa United’s fifth draw and the sixth match at the Nest of Champions in which they fail to pick maximum points.

The Uyo based side will next make a short trip to Umuahia to engage neighbours Abia Warriors this weekend. 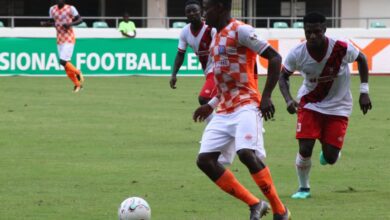 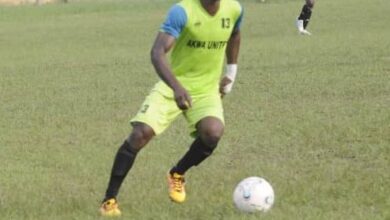