The management of Akwa United Football Club has extended the contract of her head Coach Kennedy Boboye for another football season.

Boboye arrived Akwa United in December 2019 and recorded some incredible results which moved the club from 16th to 6th position on the NPFL table before the season was truncated by the outbreak of coronavirus pandemic in March.

Chairman of the club Elder Paul Bassey explained that Coach Boboye has earned the confidence and trust of the management, thus the decision of the club to retain his services for another football season.

“Cocah Boboye arrived here last year when we were in a very terrible situation, we couldn’t do what we needed to do then. He took over the team and won five straight matches and we were up there on the log. We didn’t want to do this in a hurry and now we have found it fit to extend his contract for another football season.

” All I can say is that it’s a contract that can be compared to any of the tops in this country, if not more. Coach Boboye has handled some big teams in this league and for him to accept our contract it means it’s at par with some of the best in this country”

Speaking about his team’s expectations in the new season, Elder Bassey said “I don’t want to put any coach under pressure, coach Boboye knows what we want, we are going for the league title this season and I know we can do the double (NPFL title and Aiteo Cup). He also knows that when a team does not do well, it is the coach that goes. That is why I say that there is no pressure at all on the coach and from what have seen during our training sessions, I am confident that we are good enough to go for the NPFL title” Elder Bassey hinted.

On his part, Coach Kennedy Boboye expressed appreciation to the Management of Akwa United and promised to do his best to ensure the team emerge champions this season.

“I’m delighted to have signed a contract extension with Akwa United. I’m particularly happy with the discussion I had with the management and I can tell you that it went well, I’m satisfied that is why I’m here.

“I’m not here to give excuses, we have exceptional players who are eager to learn and play. We will prefer to do more of the talking in the field of play and I want to assure everyone that we will do a good job and will do our best to win the league “.

The event which was attended by sports journalists and top management staff of Akwa United as well as some football stakeholders, also featured the official unveiling and presentation of Akwa United new Jersey design for the next football season. 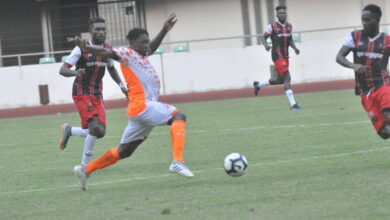 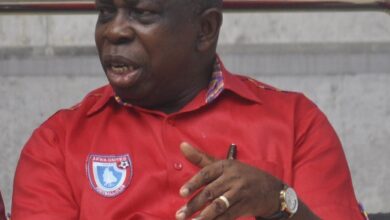 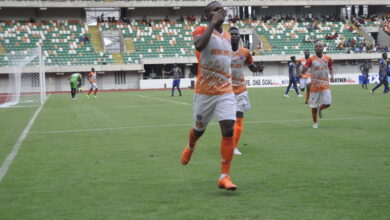 NPFL: OLISEMA SHOOTS AKWA UTD TO TOP OF THE TABLE 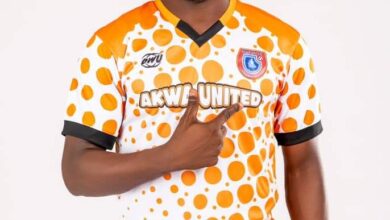