Head coach of Akwa United Kennedy Boboye has blamed his team’s 2-1 defeat to Nasarawa United on momentary loss of concentration by his players.

Boboye who described the defeat as painful, stressed that his team didn’t deserve to lose.

“This defeat is painful for us as a team. We didn’t deserve to lose this game because of the way we played. It was a fairly balanced game but my boys lost concentration in stoppage time and we paid for it.

“We will reflect on it and ensure it doesn’t happen again because every point is very important for us. It’s unbelievable that we have only 15 points from ten games and it means we have to keep fighting for points in all our matches so we can achieve our primary aim this season”.

On Ndifreke Effiong scoring seven of Akwa United’s ten goals so far this season, coach Boboye said ” Ndifreke is an asset to this team, his movement in and around the box is very impressive because he is always at the right place at the right time.

Akwa United will next face Plateau United on Sunday 21 February 2021 at the Nest of Champions in Uyo on Match-day 11.

NPFL: WE ARE IN ILORIN FOR SERIOUS BUSINESS __BOBOY 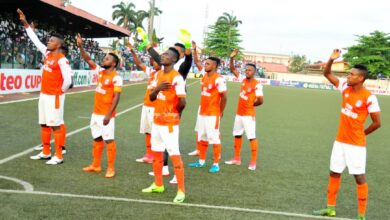 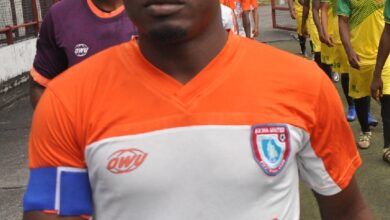 WE ARE OPTIMISTIC OF A POSITIVE RESULT IN ENUGU__EFFIONG