Akwa United’s hopes of moving into second position on the Nigeria Professional Football League table did not turn out as planned after they were held to a goalless draw at the stadium of Delta State Polytechnic Ozoro, by home side, Warri Wolves on Match-day 14 of the 2020/2021 season, Monday afternoon.

The Promise Keepers moved one place to 5th position on the log with 23 points from 14 games comprising six victories, five draws and three defeats.

Coach Kennedy Boboye’s men went into the match on 6th position, and needed a win to move up to second place on the log but they were pegged back by 19th placed Warri Wolves who laboured to ensure the game ended in a stalemate.

Akwa United were clearly the better side especially in the second half but failed to convert their chances in a game where both sides had good scoring opportunities.

The Promise Keepers were denied a clear penalty midway in the first half when Orukpe Innocent handled Charles Atshimene’s goal bound effort and the referee waved play on.

Coach Boboye’s team’s best chances went the way of Charles Atshimene and Ndifreke Effiong in the first half. And in the closing minutes of the second stanza, Ubong Friday, Seth Mayi and Ikechukwu Nwani were presented with good opportunities to secure maximum points for their side but they were unable to make the most of their chances.

In his post match comments, Akwa United’s Head Coach, Kennedy Boboye revealed that his team’s target was to win the game but hinted that he was not disappointed with the outcome of the game.

“It was a game we should have won, victory would have taken us to second position on the log. My boys showed character and determination throughout the game but couldn’t secure the maximum points we needed, that is why I’m not disappointed with the one point we have gotten from the game.

“I really want to congratulate my players for their courage and fighting spirit throughout the game. The lesson from today’s game is that we have to continue pushing for maximum points in all our games”.

Up next for Akwa United is another away fixture against Jigawa Golden Stars in Kaduna this weekend. 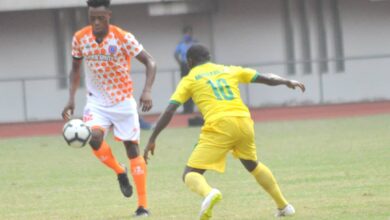 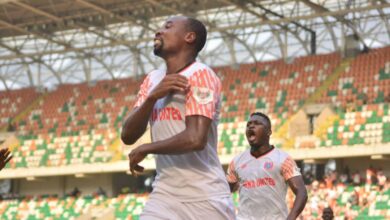 NPFL: I WILL CELEBRATE IF I SCORE AGAINST ENYIMBA __UDOH 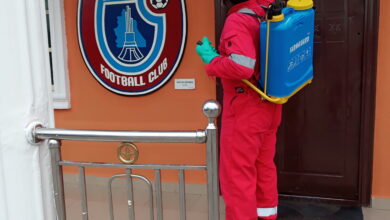