With six victories and two draws in eight home matches, two-time Federation Cup Champions Akwa United will on Sunday file out with confidence and will be aiming to continue their impeccable home run when they host Lobi Stars in one of NPFL Match-day 18 fixtures at the iconic Godswill Akpabio International Stadium – the Nest of Champions.

The Promise Keepers, with a game in hand and fresh from their moral boosting away win in Lagos over MFM, are 4th on the log with 29 points from 16 games. They are one point behind the three leading teams – Kwara United, Enugu Rangers and Kano Pillars, who are all on 30 points.

Coach Kennedy Boboye and his men will be relying on their brilliant home form as they chase their 9th victory of the season against Lobi Stars who have lost in all their previous visits to Uyo in the league.

In a pre-match interview with the club’s official website www.akwaunitedfc.com coach Kennedy Boboye says his boys will not be complacent, stressing that victory on Sunday is non-negotiable.

“I’m really impressed with the way we are playing at the moment and the progress we are making as a team. We are taking it one game at a time and Sunday is another good opportunity for us to further advance our cause.

“Lobi Stars are a good side but on Sunday, we have to go all out for the maximum points. I have told my players that they must give one hundred percent to ensure we achieve our primary aim.

“My players have shown lots of commitment and determination both in trainings and matches. I really like the level of competition in the team among the players because everyone wants to play. So I’m confident that whoever is selected to represent Akwa United will give his best to the team”.

Akwa United is one of the highest scoring side in the league, having scored 19 and conceded ten goals in 16 matches. They have netted 12 times at home while conceding just two goals.

NPFL joint leading scorer Ndifreke Effiong has scored seven of Akwa United’s 12 goals at the Nest of Champions and will be looking to extend his tally. Strike partner Charles Atshimene who has fully recovered from a minor injury, has scored all three of his goals at home while NPFL record scorer in a single season Mfon Udoh who has netted four times, has only scored once at home thus far.

Victory on Sunday will propel the Promise Keepers further up the table as they continue their quest for a maiden NPFL title. 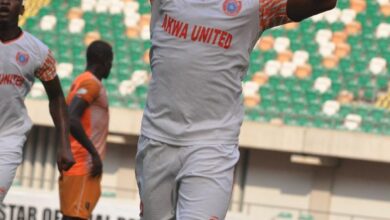 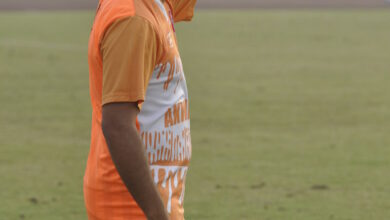 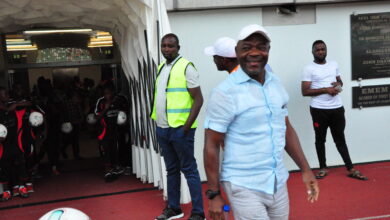 WE ARE HUNGRY FOR MORE VICTORIES __OBUH

AKWA UTD WON’T LEAVE ANYTHING TO CHANCE IN LAGOS__UBONGFRIDAY