Akwa United’s blistering form in the 2020/2021 NPFL season continued at the Abubakar Tafawa Balewa Stadium, Bauchi on Sunday as they played out a thrilling 2-2 draw with hosts Wikki Tourists, thus becoming the first team in the history of top flight football in Nigeria to go unbeaten in 15 straight matches in a single NPFL season.

Wikki Tourists began the Match-day 25 game on the front foot with some attacking play in which Akwa United back-line dealt with perfectly. They however, took the lead just after the half-hour mark through striker Stephen Gopey who followed up a rebound to put his team in front.

In the 37th minute, the Promise Keepers responded nicely through striker Saidu Salisu who volleyed home from a tight angle after a wonderful assist by strike partner Charles Atshimene.

Eight minutes after the restart, Akwa United went in front through Atshimene. This time, Salisu was fouled on the right flank and a free-kick was awarded to Akwa United. Mfon Udoh delivered a delightful cross into the box, Saidu miscued his effort and it graciously fell for Atshimene who fired it home from close range.

The home team’s persistent pressure paid off in the 71st minute when striker Stephen Gopey managed to stay on his feet after shaking off a defensive tackle before firing home a low shot into the bottom right corner to level the scores at 2-2.

Both teams had good opportunities to grab all three points but failed to convert their chances as they shared the spoils at the end of regulation time.

The result means that Akwa United slipped to second on the log with 46 points from 25 matches, two points behind Kano Pillars who defeated Enyimba 2-1 in Kaduna and are on 48 points from the same number of matches.

Coach Kennedy Boboye’s team’s last defeat in the league was in February away to Nasarawa United and they have now gone unbeaten in their last 15 games comprising eight victories and seven draws- the longest by any team in a single NPFL season.

With a goal and an assist against Wikki Tourists, striker Charles Atshimene has scored his first goal away from home for the Promise Keepers, and has improve his goals tally to seven (7) goals since joining at the start of the season.

The two-time Federation Cup Champions will next engage Heartland FC in Uyo on Match-day 26 on Thursday at the Godswill Akpabio International Stadium in Uyo. 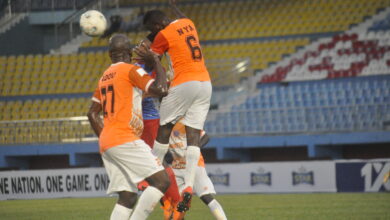 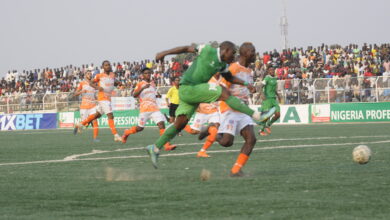 NASARAWA DOWN AKWA UTD IN LAFIA 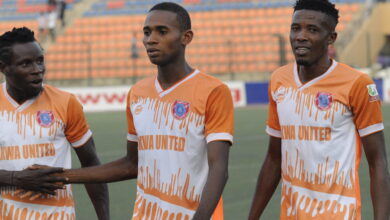 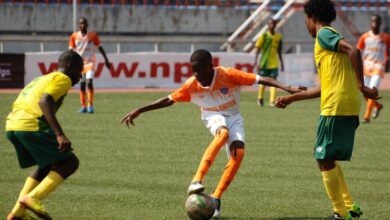