Akwa United improved their chances of winning the 2020/2021 Nigeria Professional Football League title with an emphatic 3-0 thumping of Jigawa Golden Stars on match-day 35 at the Godswill Akpabio International Stadium in Uyo on Sunday.

First-half goal by assistant captain Ubong Friday and two second-half goals by Charles Atshimene and Wisdom Fernando condemned the visitors from Dutse to another defeat on the road and propelled the Promise Keepers to their 18th victory of the season as they maintain their six points lead at the pinnacle of the NPFL standings with three games before the end of the season. 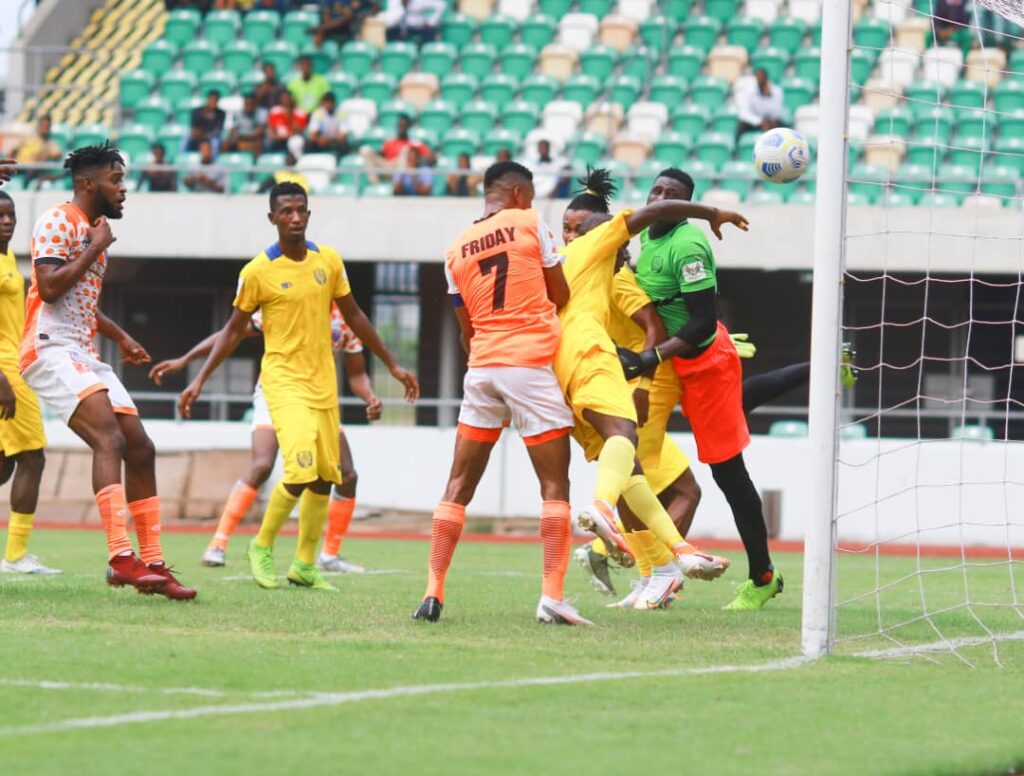 With 67 points from 35 games with a superior goal difference of +27, the Promise Keepers need just four from a possible nine available points to claim their first-ever league title.

Ubong Friday opened the floodgates of goals in first-half stoppage time with his 4th goal of the season when he headed home Sampson Gbadebo’s return header from Samuel Amadi’s delightful delivery from a corner kick.

Razor-sharp striker, Charles Atshimene increased the Promise Keepers’ advantage eight minutes into the second half when he rose the highest to send a powerful header beyond Mukhtari Ibrahim in Jigawa Golden Stars goal from Samuel Amadi’s pin-point delivery from a corner kick. 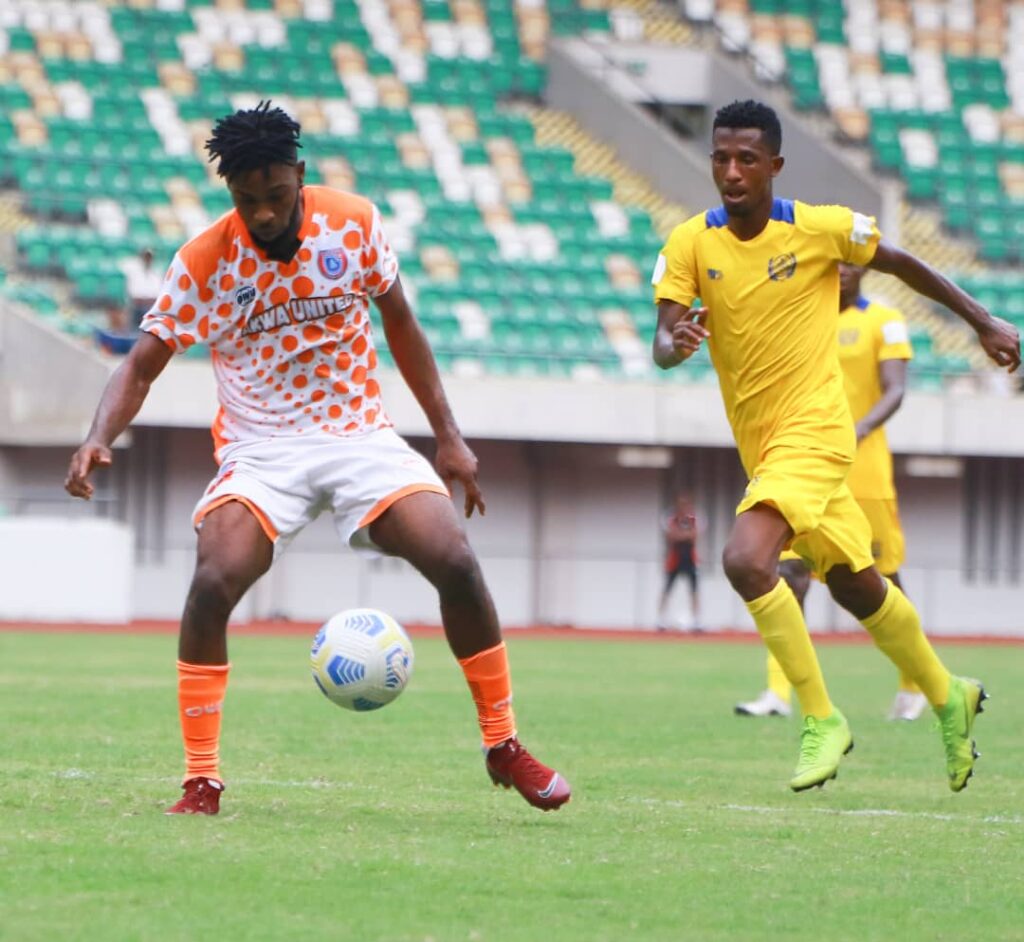 Atshimene’s goal was his 15th of what has been an amazing season for him, moving him to within two goals of the club’s 17 goals record in a single season set by legendary striker Akarandut Orok in the 2008/2009 season.

Substitute Wisdom Fernando put the game beyond the visitors with a superb finish off an assist from Adam Yakubu after a beautiful work by Mfon Udoh. 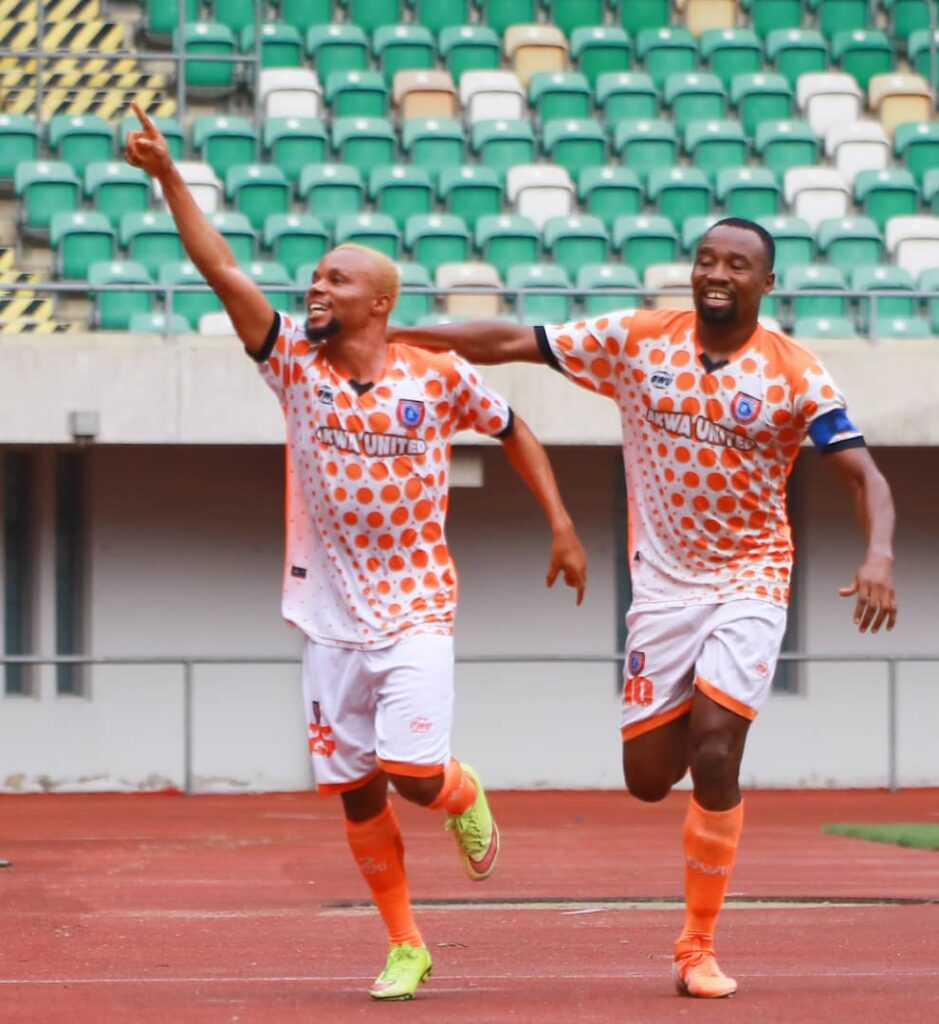 The home side would have scored more but failed to convert their numerous opportunities especially in the first half, but were able to secure a comprehensive victory to further advance their chances of becoming Champions.

With the victory, Akwa United maintain their unbeaten home run, having recorded 15 victories and three draws in 18 matches at the Nest of Champions, scoring 33 goals and conceding just six.