OUR GAME PLAN WAS PERFECT – JOLOMI

Stand-in coach of Akwa United Ali Jolomi has praised his players for the perfect execution of his game plan which culminated in their morale boosting away win over Remo Stars on match-day 13 in Ikenne on Wednesday. 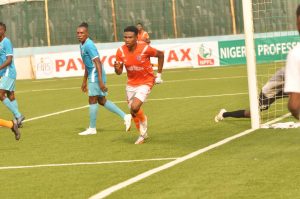 Forward David Onovo opened his goal account for the Promise Keepers when he guided home Seth Mayi’s delivery from a corner kick in th 28th minute to secure their second away win of the season. 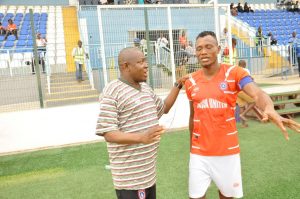 Coach Jolomi in a post-match press conference revealed that the win was possible due to the perfect execution of the team’s game plan by his players.

“We came here with a game plan and I’m delighted that the boys were able to interpret the message and the result is this victory that we have recorded. The plan was to play an open game and go for early goal and it worked for us. After that disappointing draw at home, we needed to get a good result away from home so we can regain what we lost and I’m happy that we came away with a win.

“We knew it would be a difficult game because every game is difficult especially when you are playing away from home but we were prepared for it. This victory came at a cost because three of my players sustained injuries and we will assess the extent of those injuries ahead of our next game.

“This victory is really a good one, a morale booster and I’m optimistic that it will motivate us the more as we continue to move forward for the task ahead. Our attention is now on the next game and we hope to improve on today’s performance in subsequent games so we can achieve our target at the end of the season”, said excited Coach Jolomi.

Ubong Essien, Seth Mayi and Dare Ojo operated in the midfield while Wisdom Fernando made his first start of the season, playing alongside David Onovo and captain Ubong Friday in the three-man attack. 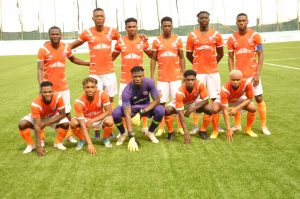 With five wins, five draws and three loses in 13 matches, Akwa United are 6th on the log with 20 points. The champions also maintained their dominance over Remo Stars with two wins and a draw in three NPFL meetings.