Two-time champions Akwa United have been knocked out of this year’s Aiteo Cup following a 1-2 defeat to Nigeria National League side, Kogi United in the Round of 16 of the competition played at the UNEC playground on Sunday in Enugu.

Kogi United took the lead in the first minute of the game when Akwa United’s back-line failed to clear a dangerous ball inside the box, allowing John Jerome to poke home from close range.

The Promise Keepers established their authority in the game and pushed for the equalizer in the first stanza of the game, but they were kept at bay by the NNL outfit who also missed a glorious chance to double their lead late in the first-half when goalkeeper Adewale Adeyinka pulled up a brilliant save to deny them.

Coach Ayodeji Ayeni’s team went into the half-time break trailing Kogi United by a goal to nil – the first goal they conceded in three games- despite enjoying greater ball possession. 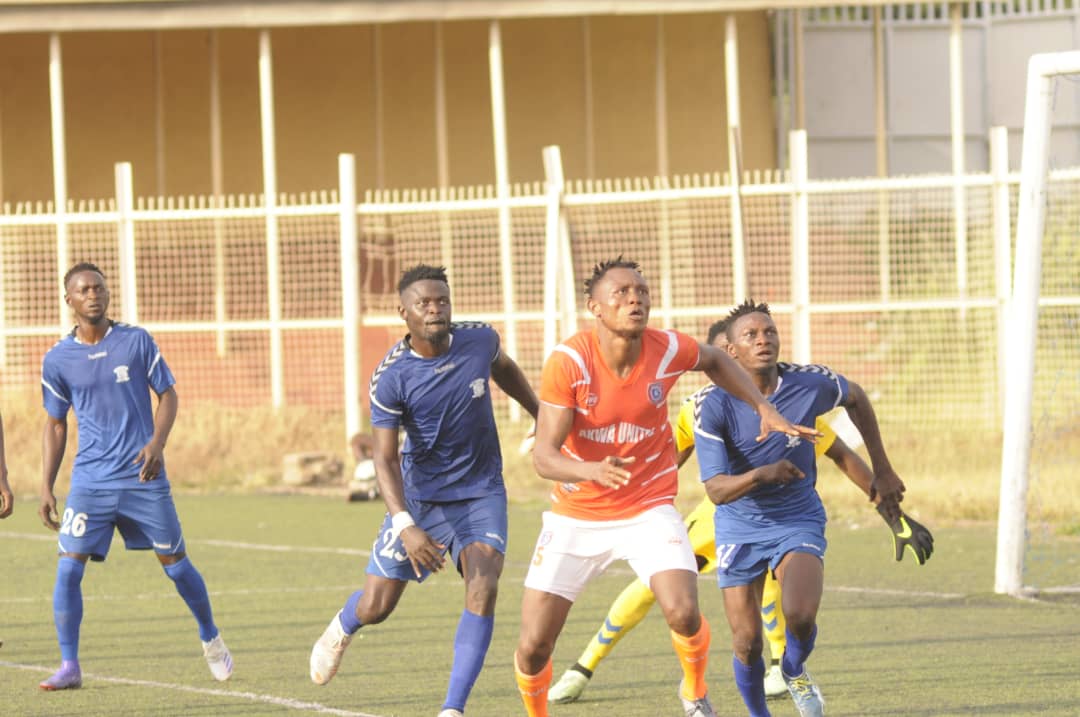 On resumption of play, Akwa United mounted pressure and surged forward in search of an equalizer, but David Onovo, Ubong Friday, Bello Babatunde and Samuel Amadi were unable to hit the target due to poor finishing and some resolute defending by Kogi United.

Coach Ayeni introduced young striker Leo Ezekiel in place of Austin Osayande, and the youngster almost made an instant impact when his glancing header from Samuel Amadi’s corner kick narrowly missed the target.

Moments later, Leo saw his volley hit the post from David Onovo’s cross, but it wouldn’t have counted as he was adjudged to have been in an offside position when he received the pass. Akwa United’s pressure paid off in the 67th minute when Bello Babatunde’s cross was handled by
Femi Adewumi inside the box and the referee rightly awarded Akwa United a penalty. Captain Ubong Friday made no mistake from the spot as the two-time champions levelled the scores.

Buoyed by the equalizer, Akwa United pushed for the winning goal but Bello Babatunde, Leo Ezekiel, Samuel Amadi and David Onovo all failed to find the back of the net.

The NNL side however grabbed the winning goal against the run of play in the 80th minute through enterprising forward Abdulwahab Jubril who finished off a good team move to book Kogi United’s place in the quarter finals of the oldest club football competition in Nigeria, and dashed Akwa United’s hope of a third FA Cup triumph in seven years, and a taste of continental football next season.

Coach Ayodeji Ayeni’s team that finished the just concluded NPFL season in ninth place, began their Aiteo Cup campaign with a 0-3 thrashing of NLO side Essien Ayi FC in Aba, and went on to beat Remo Stars by the same margin in the round of 32, before their defeat to Kogi United in the round of 16.