AKWA UTD BACK IN LAGOS AFTER BREAKING AGEGE JINX 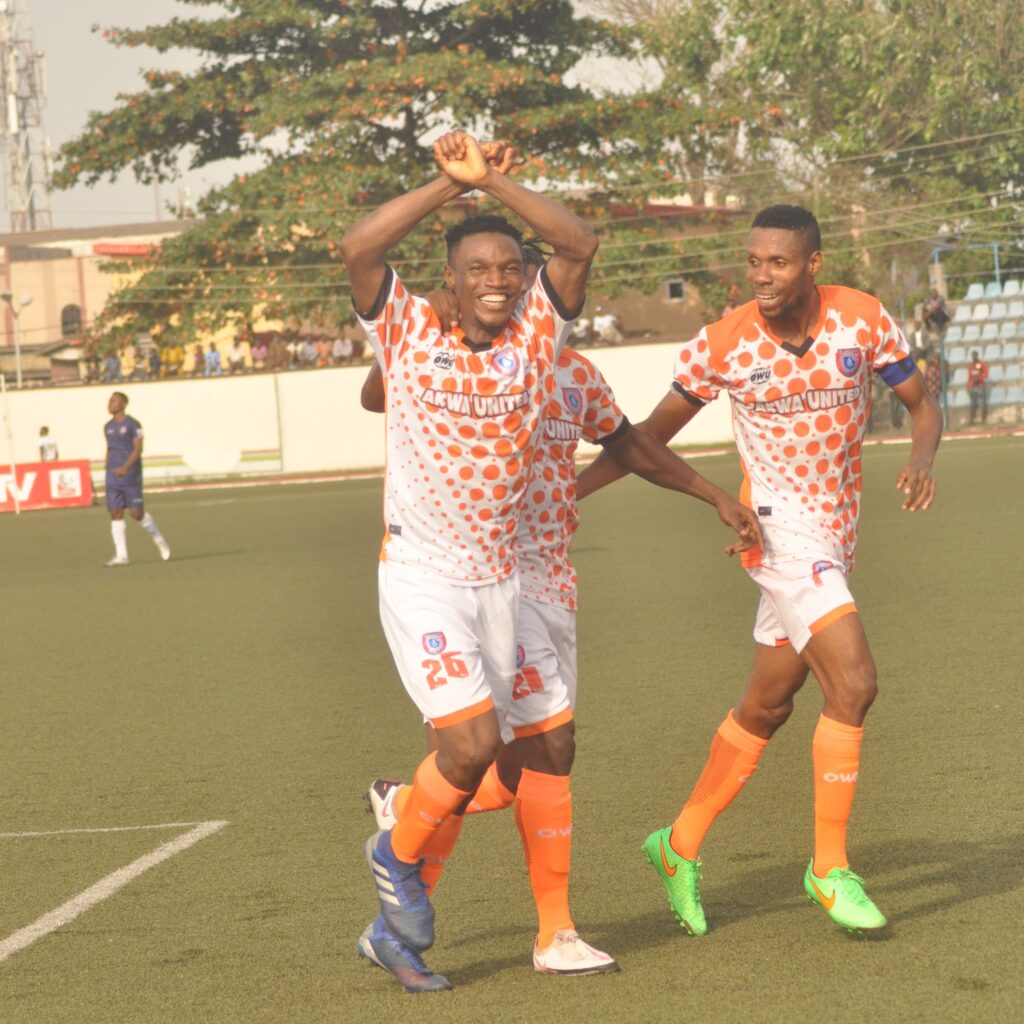 MFON PATRICK Two weeks after winning their first league match at the Agege Stadium in five attempts, two-time Federation Cup Champions Akwa United will be back in Lagos, poised for another victory on Match-day 19 against Sunshine Stars of Akure on Saturday. The Promise Keepers, unbeaten in seven matches (five wins and two draws), are […] 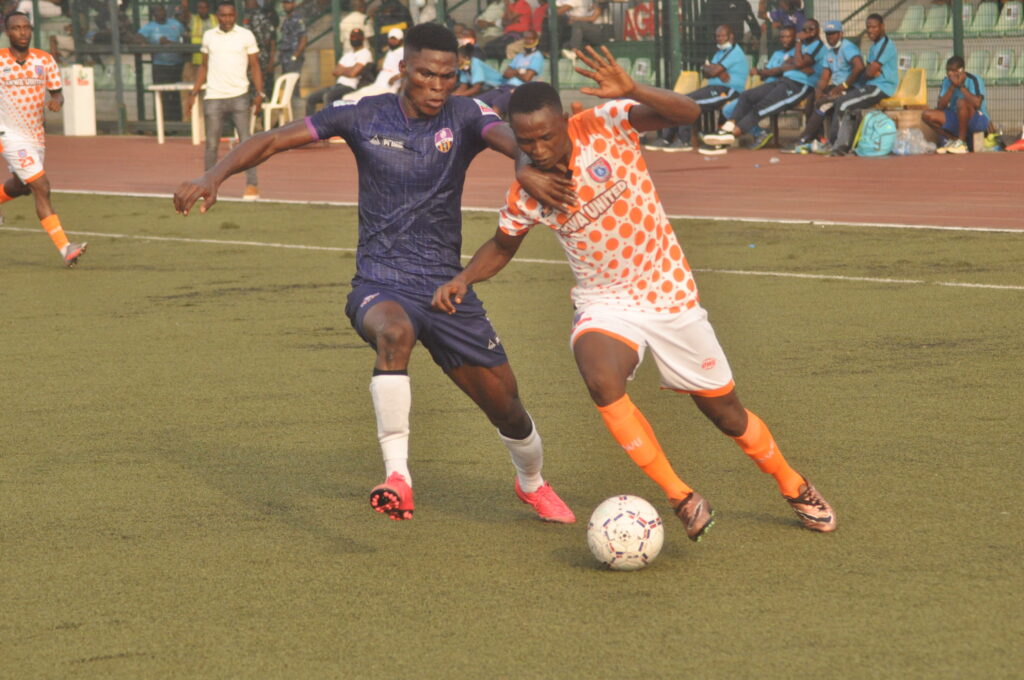 MFON PATRICK With six victories and two draws in eight home matches, two-time Federation Cup Champions Akwa United will on Sunday file out with confidence and will be aiming to continue their impeccable home run when they host Lobi Stars in one of NPFL Match-day 18 fixtures at the iconic Godswill Akpabio International Stadium – […]

AKWA UTD WON’T LEAVE ANYTHING TO CHANCE IN LAGOS__UBONGFRIDAY 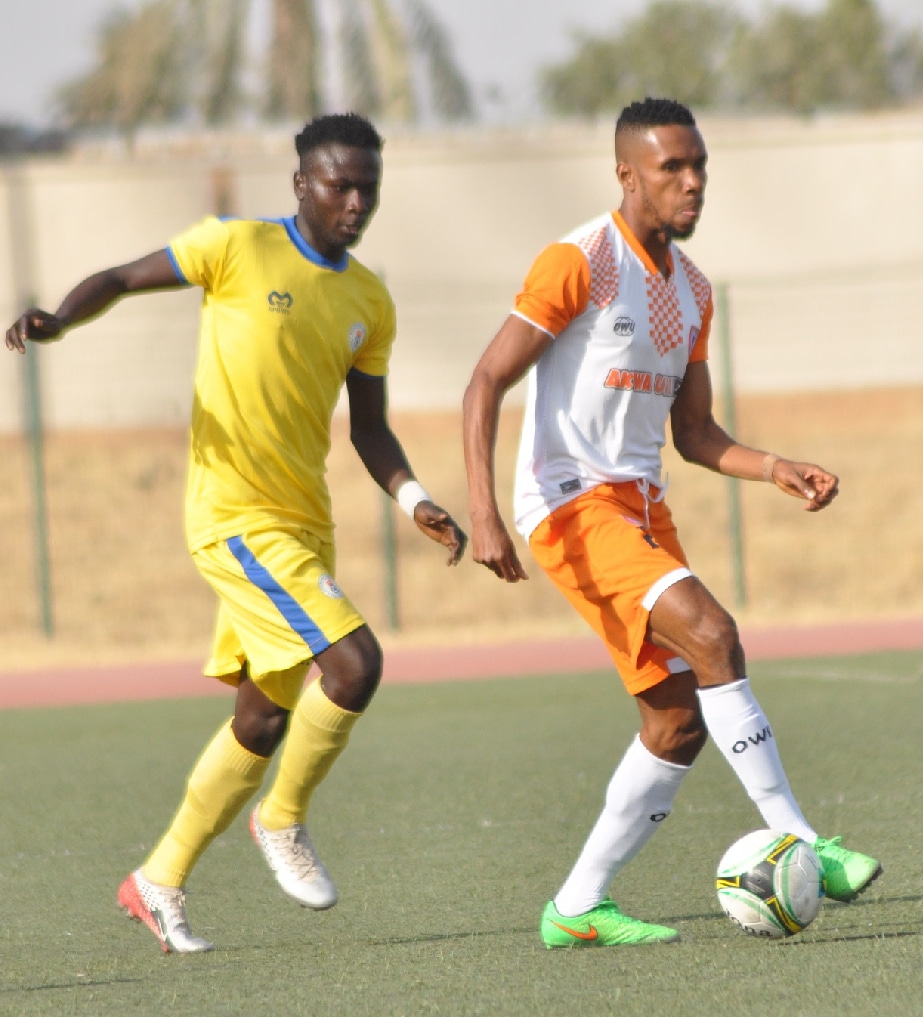 MFON PATRICK With his team just one point off the pace, Akwa United Vice-captain Ubong Friday believes he and his teammates are on a mission to secure their second away win of the season in Lagos this weekend. The Promise Keepers are one of the best traveling teams in the league, having picked six points […] 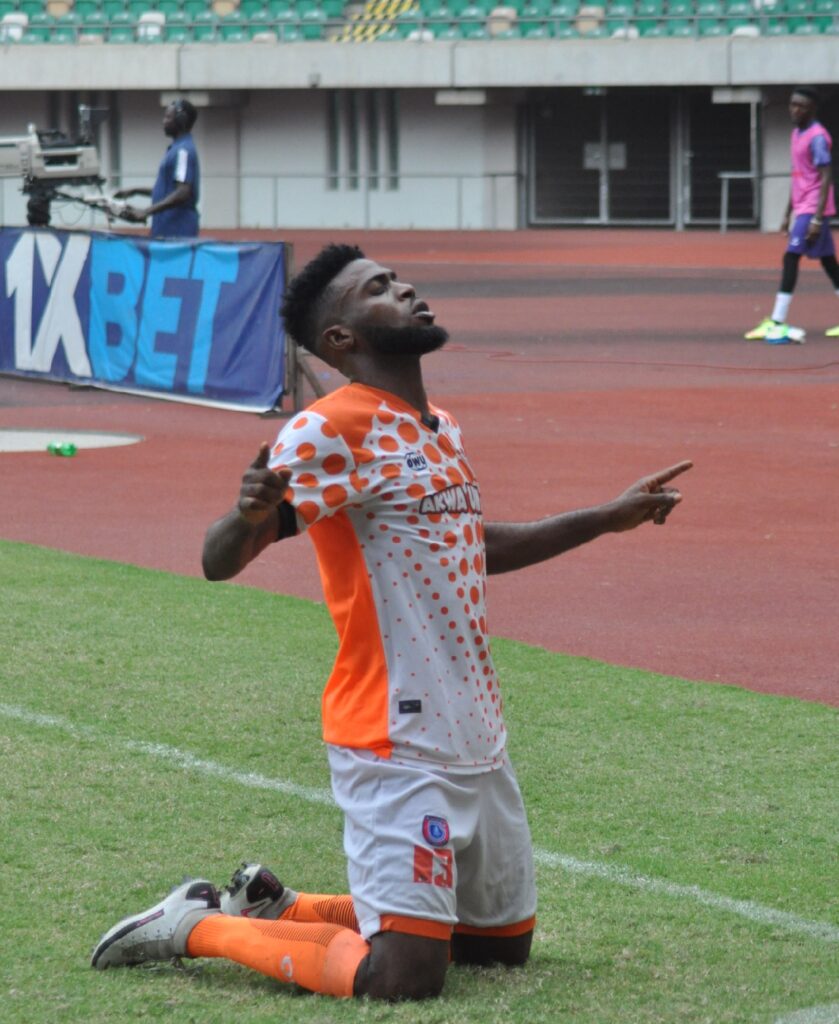 MFON PATRICK Akwa United striker Charles Atshimene says he will not celebrate if he scores against his former club, Warri Wolves, on Monday when both sides clash on Match-day 14 of the current 2020/2021 NPFL season. The striker joined the Promise Keepers from his home town club, Warri Wolves at the start of this season […]

NPFL: WE WON’T LEAVE ANYTHING TO CHANCE __BOBOYE 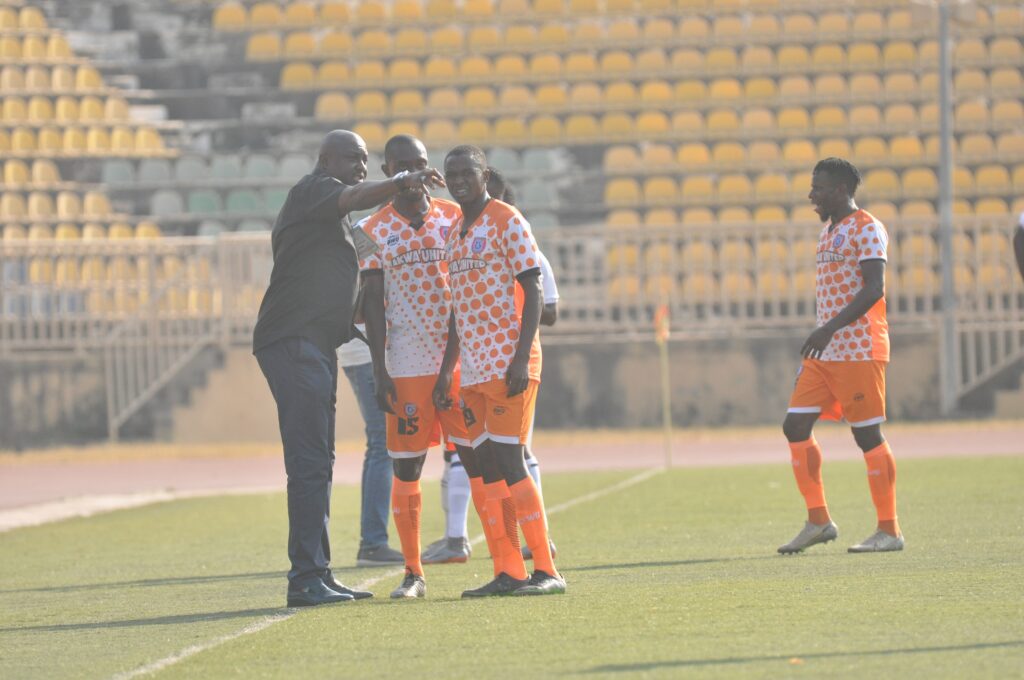 MFON PATRICK With four victories and two draws in their opening six home matches, sixth placed Akwa United will once again be brimming with confidence as they aim for their fifth win at the Nest of Champions this term when they take on neighbours Rivers United on Sunday afternoon in one of NPFL Match-day 13 […]

MFON PATRICK Akwa United’s legend Akarandut Orok says victory over Nasarawa United will be a perfect birthday gift for him as he turns 33 years of age on Wednesday 18th March, 2020. Orok has been an instant hit for the Promise Keepers since rejoining the club at the start of the season, ten years after […] 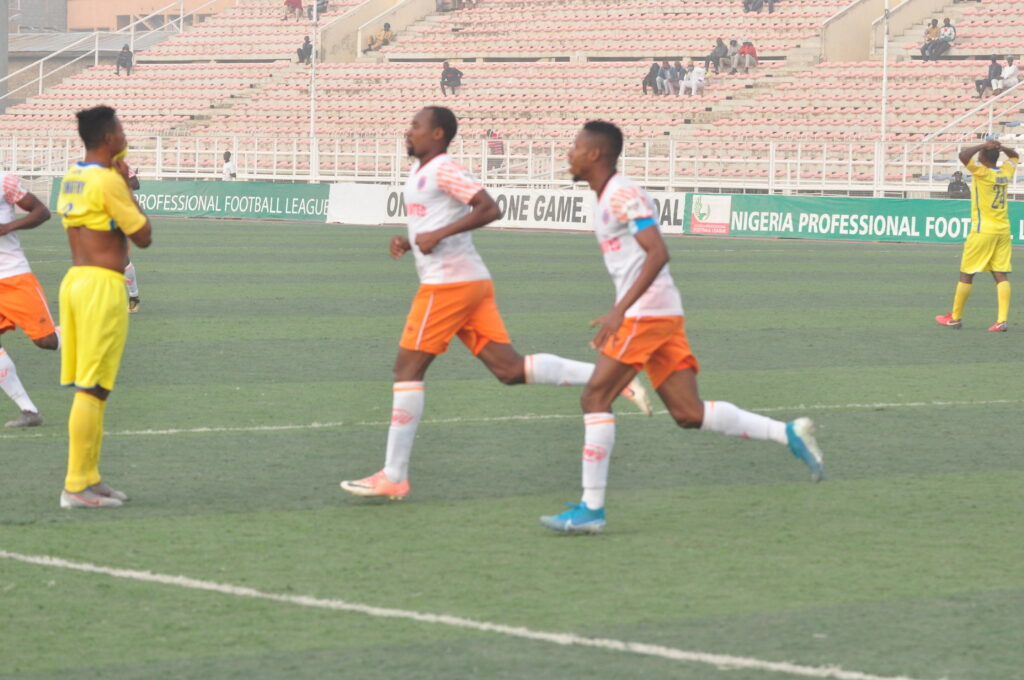 NPFL: AKWA UTD STORM KATSINA IN SEARCH OF POINTS Mfon Patrick As the Nigeria Professional Football League enters Match-day 24 this weekend, teams in the league are determined to intensify their search for points both in home and away games but for different reasons. While some will be fighting for points that will help them […] 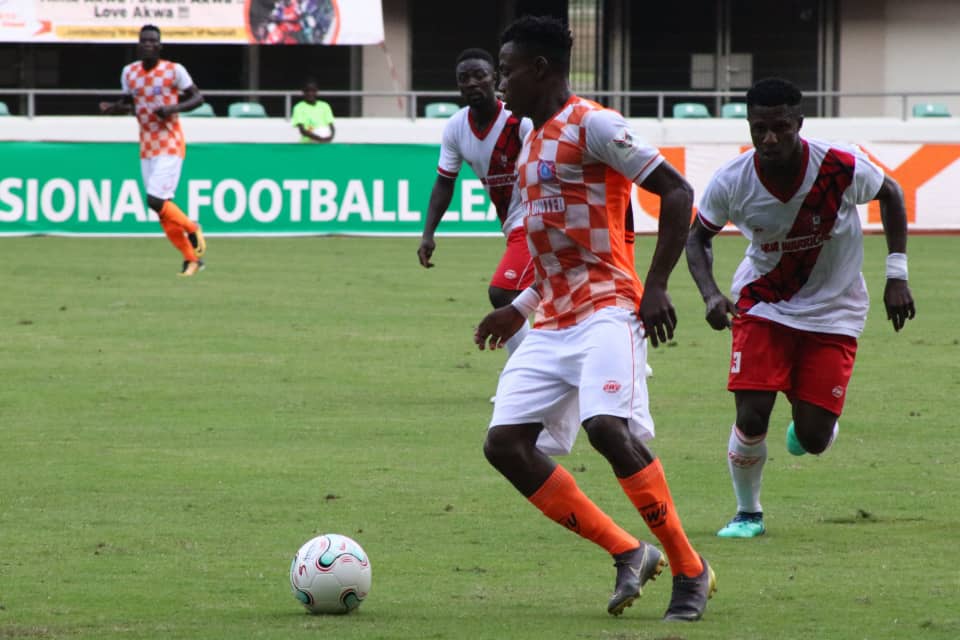 NPFL: AKWA UTD TARGET 4TH AWAY WIN IN UMUAHIA, SET TO BATTLE ABIA WARRIORS BEHIND CLOSED DOORS MFON PATRICK As the 2019/2020 Nigeria Professional Football League NPFL enters Match-day 22 this weekend, Akwa United will storm Umuahia township stadium with the hope of recording their 4th away win of the season against Abia Warriors. The […] 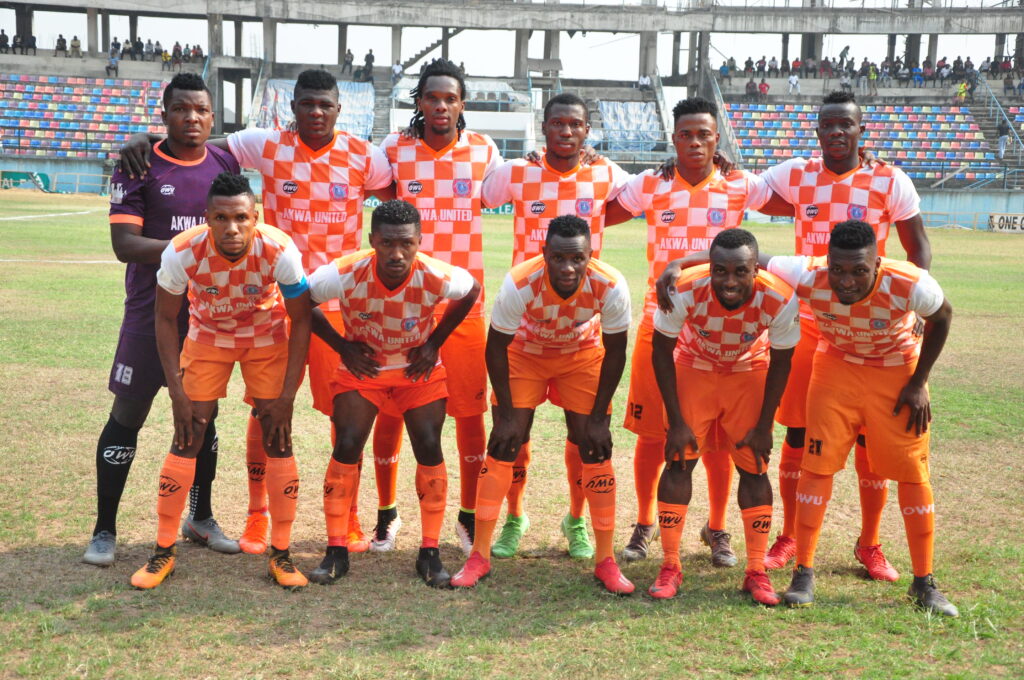 NPFL: AKWA UTD AIM TO END FIRST STANZA ON A HIGH, TARGET MAXIMUM POINTS AGAINST RANGERS MFON PATRICK Following the dramatic turnaround in the fortunes of Akwa United Football club since the arrival of Coach Kennedy Boboye in December 2019, Akwa United looks set to continue their impressive run this weekend when they square up […]

NPFL: Boboye Optimistic Of A Positive Result In Nnewi 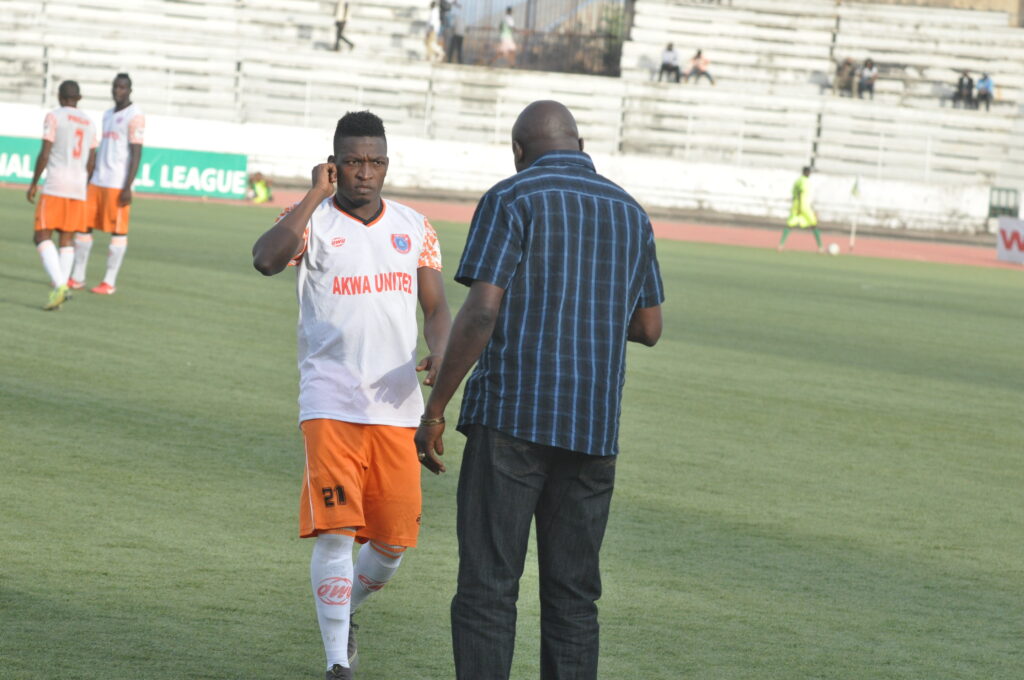 NPFL: BOBOYE OPTIMISTIC OF A POSITIVE RESULT IN NNEWI MFON PATRICK Akwa United Head Coach Kennedy Boboye may unleash all his mid-season signings on FC Ifeanyi Ubah this weekend when both sides clash on Matchday 18 in Nnewi, as he targets his team’s third away win of the current NPFL season. Three of the six […]