Two-time Federation Cup Champions Akwa United returned to the pinnacle of the Nigeria Professional Football League standings with a 2-1 victory over Kwara United on Match-day 24 of the season and further extend their unbeaten run to 14 matches in the league.

Goals by assistant captain Ubong Friday and mid-season signing Nasiru Jibril in each half proved decisive for coach Kennedy Boboye’s team and helped them secure their 12th victory of the season.

Having accumulated 45 points from 24 matches, Akwa United are top of the NPFL table on superior goal difference over Kano Pillars who have the same number of points but have conceded more goals.

After being held to a goalless draw at home by Enugu Rangers and at Okigwe by Abia Warriors in the last two matchdays, coach Kennedy Boboye made some tactical changes to the team that started the those games.

Goalkeeper Adewale Adeyinka kept his place between the sticks and enjoyed the protection of Etboy Akpan, Sampson Gbadebo, Olisa Ndah and David Philip. In the central midfield, Dare Ojo and Adam Yakubu started together for the first time with the support from assistant captain Ubong Friday and Abubarka Aliyu on the flanks. Ikechukwu Nwani and Saidu Salisu spearheaded the team’s attack.

The game kicked off with some great attacking football by both sides. The Promise Keepers soon stamped their authority in the game and dominated play against their visitors, creating some good chances in the early moments of the game but were kept at bay by the brilliance of goalkeeper Emmanuel Iwu.

Striker Abubarka Aliyu had two beautiful chances to put his team in front but failed on both occasions to direct his effort at goal. Ubong Friday, Salisu Saidu and Ikechukwu Nwani all came close to getting the curtain raiser but were denied by Emmanuel Iwu.

At the other end, goalkeeper Adewale Adeyinka had very little to do as Kwara United rarely get a shot on target. The breakthrough however came in the 37th minute through assistant captain Ubong Friday whose long range ferocious strike was too strong for goalkeeper Emmanuel Iwu to handle first time and the ball bounced off his hands and went into the back of the net as the Promise Keepers went into the break with a deserved lead.

With the pressure on the visitors, Ubong Friday interchange beautifully with David Philip, on the left channel. Philip delivered a low cross into the vital area, Adam Yakubu latched onto it and the ball was flying towards the bottom right corner of the post but goalkeeper Emmanuel Iwu produced a brilliant save to deny the midfielder.

In the 69th minute, Akwa United doubled their advantage following a brilliant attacking move which was initiated by reliable defender Olisa Ndah.

Ndah started the move inside his own half of the pitch and cut through a crowded midfield into Kwara United’s half of the pitch before dropping it for Ikechukwu Nwani who played it through to Nasiru Jibril. The winger composed himself before tucking in a left footed effort beyond Emmanuel Iwu for his team’s second goal of the game and his second of the season for Akwa United.

The visitors fought back and Wasiu Alalade pulled one back for his side in the 80th minute.

Towards the end of the match coach Boboye made a tactical switch. Marshal Johnson and Akarandut Orok were introduced into the game to take over from Ikechukwu Nwani and Adam Yakubu.

Deep into stoppage time, Mfon Udoh almost scored with an acrobatic effort from Etboy Akpan’s cross, however, his attempt narrowly missed the target as the game ended in favour of the Promise Keepers.

Coach Kennedy Boboye’s men have now gone 14 matches without defeat in the league. Their two goals against Kwara United was their 19th goal in 12 home games while conceding just four.

Akwa United will next travel to Bauchi to engage Wikki Tourists on Match-day 25 this weekend. 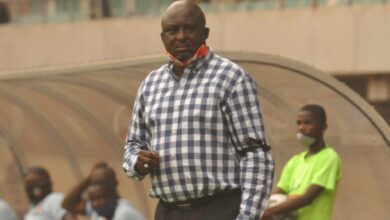 NPFL: WE ARE IN ILORIN FOR SERIOUS BUSINESS __BOBOY 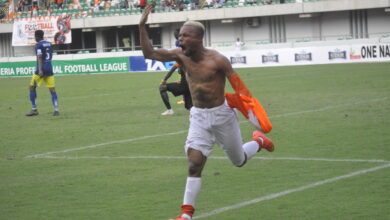 NPFL: FERNANDO STEALS THE SHOW AS AKWA UTD RETURN TO THE TOP 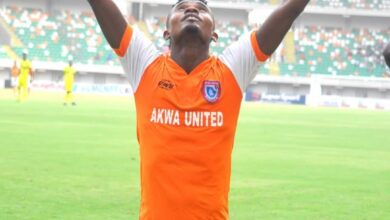 AITEO CUP: IBE SHINES AS AKWA UTD ZOOM TO ROUND OF 16 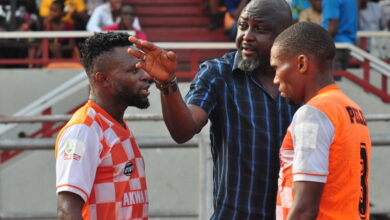