NPFL: GET BACK TO WINNING WAYS_BOBOYE TELL PLAYERS

With two wins, a draw and a defeat in their opening four games of the season, head coach of Akwa United Kennedy Boboye has charged his players to ensure they return to winning ways this weekend when they engage Lobi Stars at the Aper Aku stadium in Makrudi.

The reigning Champions, 4th on the log with seven points from four games, suffered their first league defeat this campaign on match-day 4 in Lafia against Nasarawa United and will be playing away from home for a second successive game. 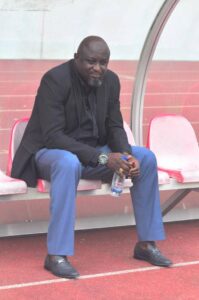 Speaking exclusively with the club’s official website www.akwaunitedfc.com, the tactician encouraged his players to ensure they get a positive result on Sunday in Makrudi.

“We have played four games since the beginning of this season and I must tell you that we know how tough it will be because all teams want to win, that is why we have to do more than others.

“It was painful that we lost in our last outing in Lafia against Nasarawa United after putting up an impressive performance. To be honest, we didn’t deserve the result we got. But we have put that aside and our focus is on getting a positive result on Sunday against Lobi Stars.

“I have spoken with my players on the importance of winning this game and they know what the result will do for us as we continue to move forward. We have worked on all noticable lapses after four games and I’m optimistic we can get the job done on Sunday”.

Boboye revealed that all his players will have the opportunity to contribute their quota to the team as they continue their push for a title defense. 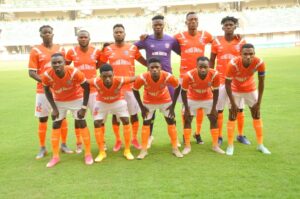 Akwa United and Lobi Stars have met 17 times in the past with both teams winning eight games apiece while one game ended in a draw during the 2019 Super-Six tournament in Lagos. 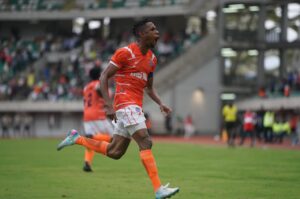 Lobi Stars have recorded one win, two draws and one defeat after four games, scoring three goals and conceding five. The match-day 5 fixture will kick off by 4pm at the Aper Aku stadium on Sunday.