WE HAVE TO GET IT RIGHT – BOBOYE

“I’m not comfortable with our recent results. It’s unbelievable that we have played two games, without scoring a single goal and out of a possible six we only got one point. It’s certainly not what we planned and we have to get it right as soon as possible”.

Those were the exact words of the head coach of Akwa United Kennedy Boboye, while assessing the performance of his team in their recent outings in the league.

Coach Boboye and his team are in Abuja to honour match-day 9 against Niger Tornadoes slated to be played at the Moshood Abiola Stadium on Sunday at 4pm. 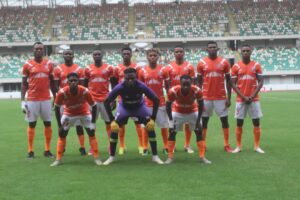 On his team’s preparations ahead of the match, Coach Boboye explained that the technical crew have worked on all noticable lapses and stressed that the team is in top shape to go for all three points against Niger Tornadoes on Sunday.

“We have played eight matches, scored seven and conceded five goals. We have failed to score in four of our opening eight matches this season. I don’t think that is good enough for a team like Akwa United. For us to win games, we need to score goals and we have worked on our finishing”.

“We are optimistic that there will be a turnaround for us in Abuja on Sunday. My boys are committed and ready to prove their worth. The game is crucial and we can’t afford to leave any stone unturned. We have to make the best use of the chances that will come our way,” Boboye assured. 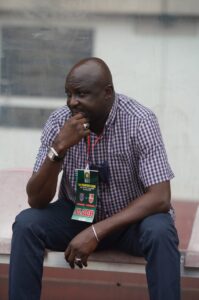 The reigning Champions Akwa United have accumulated eleven points from eight matches comprising three wins, two draws and three loses. Their hosts Niger Tornadoes are 16th on the log with eight points from eight games. They have scored four and conceded eight goals.

The Promise Keepers holds a better head-to-head record in their previous eight meetings with five wins to Tornadoes’ three. This fixture has never produced a draw.

The last time the two teams met in the NPFL, Akwa United defeated Niger Tornadoes home and away in 2018

Captain Ubong Friday who has scored three goals already this season, will lead his teammates for what could be their first away win this season.