Hosts Rivers United laboured to a 1-0 win over Akwa United in a pre-season friendly played at the Adokiye Amiesimaka stadium in Port Harcourt on Wednesday. 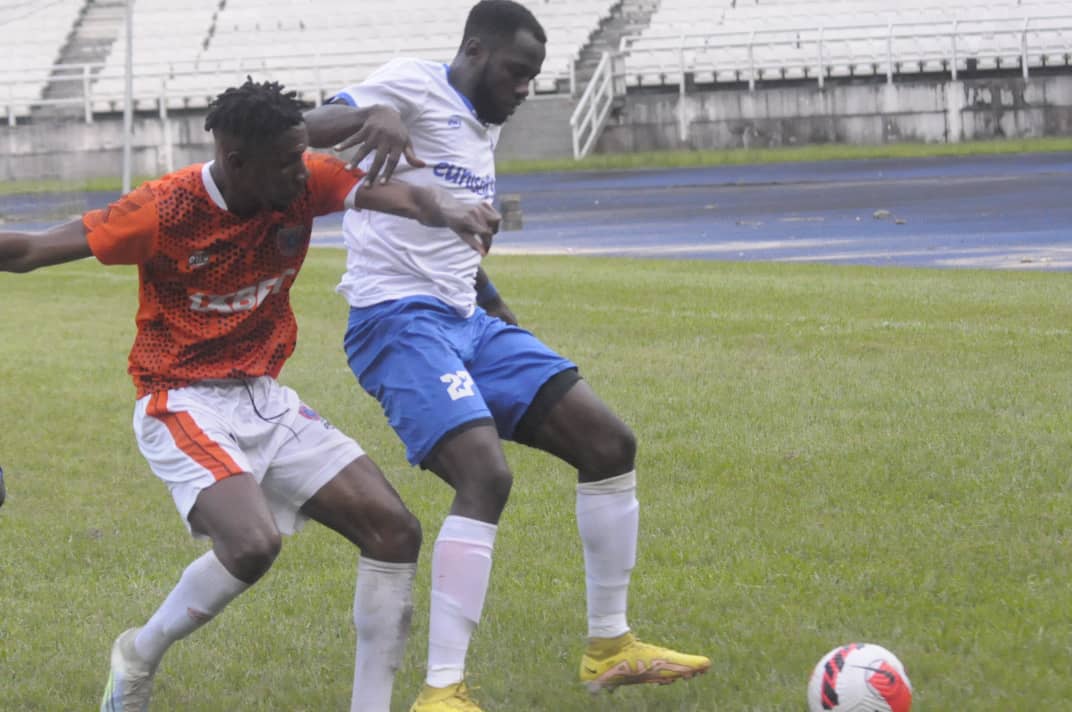 Second half goal by striker Nyima Nwagua proved decisive and earned the home side a slim victory in what was a keenly contested encounter.

Both teams went into the game with high hopes and put up some eye catching performances but were unable to find the back of the net early on.

Ifeanyi Ogba, Ubong Friday and Wisdom Fernando had chances to put their team in front but they couldn’t get their efforts on target while at the other end Akwa United goalkeeper Jean Efala was in his element, making three wonderful saves as the first half ended in a stalemate.

Five minutes into the second half, the Promise Keepers had two quick opportunities to take the lead, first, Onyekachi Stephen hit a great shot from outside the box after a beautiful combination between Pascal Onunze and Wisdom Fernando but his strike was tipped over for a corner kick by the goalkeeper.

A good delivery into the box from a corner kick was met by defender Taiye Muritala but his strike went off target.

Moments after that miss, the hosts took the lead through striker Nyima Nwagua who followed-up a low cross and tucked it into the bottom right corner of the net.

With twenty minutes to the end of the match Coach Ayodeji Ayeni in an effort to get back on level terms made some tactical changes introducing into the game Osimaga Duke, Uche Collins, Abdulwahab Jibril and Kehinde Olajuyin in places of Ubong Friday, Wisdom Fernando, Salomon Chigoziem and Oghenetega Ebetomame.

Four minutes after their introduction, Osimaga Duke and Uche Collins saw their efforts failing to hit the target after a brilliant attacking team move.

With ten minutes from time, Ifeanyi Ogba received a great pass and made his way into the box before firing a great shot on target but Rivers United goalkeeper stood firm to scramble it away for a corner kick.

Leonard Ugochukwu and James Arong came on for Ifeanyi Ogba and Onyekachi Stephen but their efforts was not enough for Akwa United to get anything out of the clash of 2021 and 2022 Nigeria Professional Football League champions.

Coach Ayeni and his boys will continue their pre-season preparations in Uyo and may likely engage some top teams in more test games ahead of the new season.